Listen to this story
A true multi-hyphenate, Amaarae refuses to be put in a box. The Ghanaian artist has placed her mark firmly in Africa’s bubbling new sub-genre; Alté, taking influence from highlife, afrobeats, and R&B.
Words:
Photography: David Nicol Sey, Diego Asamoa

Wide-eyed, a curious Amaarae hesitantly stumbles into a fluorescent Lost Motel. A brightly-lit message sign reading "welcome to the unknown," glows in the corner, urging her in. Viewers of "LIKE IT," Amaarae's most recent single and music video, watch as Amaarae experiences the highs and lows of searching for the unobtainable. Inside the Lost Motel, which is reminiscent of Bates Motel or a scene from American Horror Story, both the main character and viewer are thrust into a world that is nothing short of wacky and wild. In many ways, Amaarae's latest video represents the loss of innocence and a need to chase one's desire within the matrix of life.

The self-proclaimed "warrior princess," is often described as many things: eclectic, afro-punk, alternative. Her hair is bold and non-conforming. Her sound is different; it's experimental and flows in and out of genres. Her voice? Often tranquil and ethereal. Amaarae makes music for those who are navigating a space of discovery, both of themselves and the world.

Born in New York and raised between Ghana and the U.S.A., the singer, songwriter, producer, often pulls from the cultures and genres she grew up with. We spoke with Amaarae about her journey back to Ghana, her creative influences, and what we can expect next. 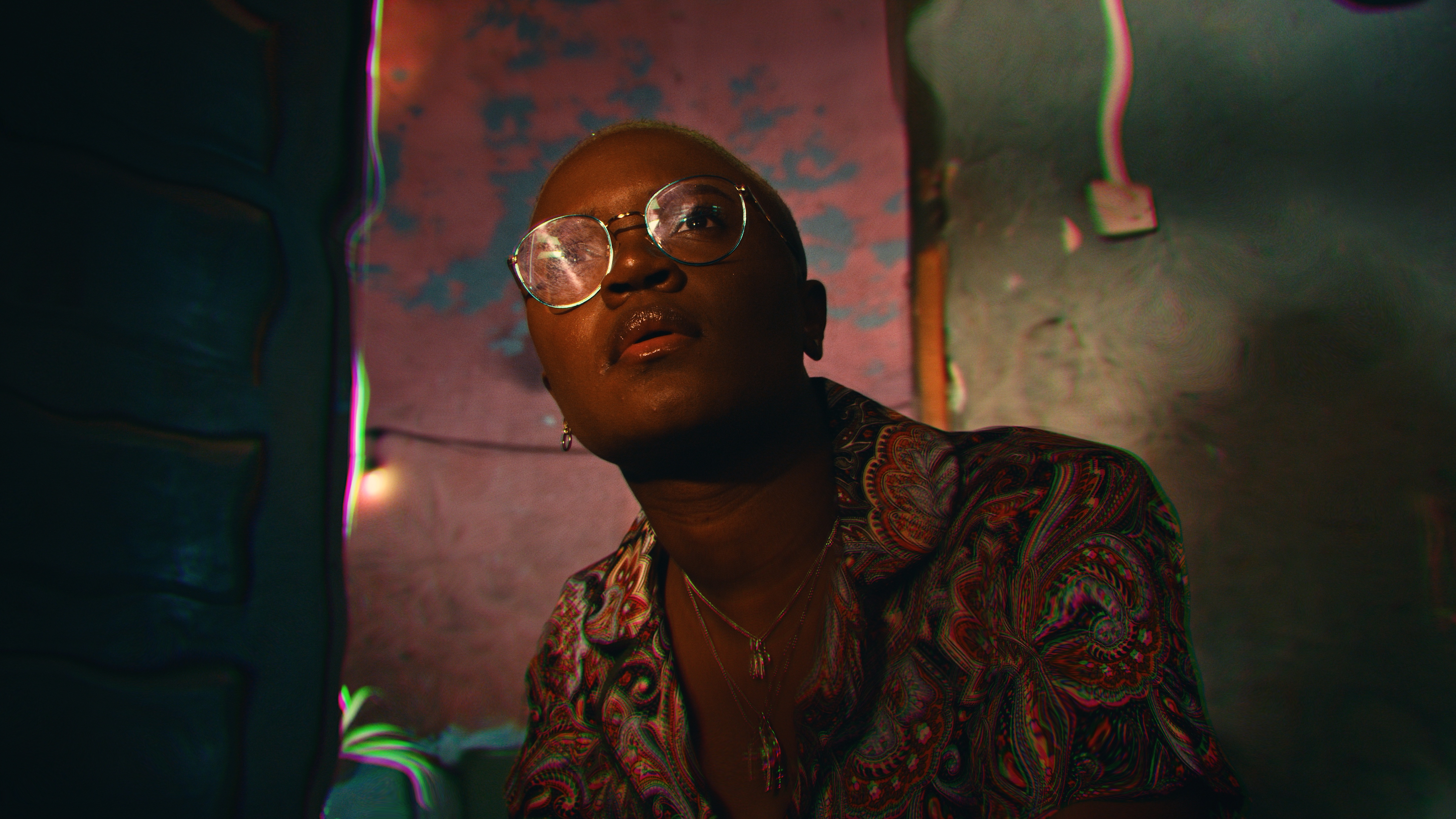 "I knew then that the tide was turning, the west would soon set its sights on West Africa. As soon as I graduated, I didn’t waste time. I came back home to Ghana and started laying the groundwork for my career."

Let's start with place. Where are you from, where are you now, and what are some places you called home along the way?

I’m from Ghana but I was born in New York. I was also raised in Atlanta and New Jersey between the ages of 8-14. Right now, I’m in between Ghana and the U.K.. London is new territory for me. I've always visited during the summer holidays when I was a child, but living there as a working musician has been a completely different experience.

Tell us a bit about your first memory of discovering yourself as a creator or artist?

Wow! Hmm. I think the first time I really started to find and explore my identity as a creator was when I made my first mixtape in high school. It’s called “In Splendid Isolation”. I did everything for that project. I wrote and produced all the songs. I was a part of the mixing process (even though at that time I had no clue what it meant to mix a song, I just knew I wanted the songs to be crisp!). I art directed and designed the cover, I told my classmate Peijin how I wanted it to look. She was an insane visual artist. She drew it and I edited it on pixlrate.

What sparked the decision to move back to Ghana a few years ago? Could you share more about that transition?

I had lived in Atlanta for 4 years. I was going to college in Decatur and while I was there two major things sparked my decision to move back home. The first was that I had interned in studios and did some PR work for a small agency that was contracted by Warner and Atlantic. I don’t remember the name of the company. I worked with them on only one or two small projects: helping them promote the Warner and Atlantic projects on my campus. Through these experiences, I got some insight into the industry and I realized that my movement would be much more intriguing if I was making this R&B fusion in Ghana.

R&B is relatively commonplace in the states and I figured that if I could fuse these sounds with African drums and push my music from Ghana, people from the outside looking in might find it more interesting.

Secondly, when I moved to Atlanta in 2013, I saw that the tide for Afrobeat was changing. Afrobeat was becoming more coveted in the states. Especially in Atlanta. There was a club called MetroFusion that was a big deal back then. Metro did an Afrobeats night every Friday for a year straight in ATL and every blessed night it was jam packed. It started with just Africans coming to party and then slowly you started to see African Americans getting excited about Metro’s afro night and it just started to spread.
‍

By 2015 and 2016, every club in Atlanta hosted Afrobeats DJs on weekends and the clubs were always packed. Afrobeat artists were doing more shows out there. Most importantly with the number of 2nd Generation African students in ATL colleges increasing, the African Student Associations from GA Tech, GSU, UGA, Spelman, Wesleyan, Agnes Scott etc. all started to come together and collaborate to throw events and those became the hottest on the campus circuit. I knew then that the tide was turning, the west would soon set its sights on West Africa. As soon as I graduated, I didn’t waste time. I came back home to Ghana and started laying the groundwork for my career.

Your recent video "Like It" teases themes of innocence, curiosity, and desire. What can we expect to hear from your upcoming EP?

I honestly wish I could tell you. But I don’t even know. Haha! I’m recording 2 to 3 songs a day and experimenting with all types of sounds. All I can say is, this project is going to be sonically exciting and the fusions are going to be even madder. We’re setting up an EP camp in the Canary Islands for 10 days to record music. I want to catch those flamenco/bachata/salsa vibes and mix them with the afro sound. I’m also feeling 70s R&B and 90s alternative rock. So we’ll see where this all goes.

What does a typical day look like for you?

Where do you go to get inspired?

I watch cartoons to inspire me or I take long nature walks. I have a friend who is a painter, his name is Kojo. Anytime im feeling uninspired or lost, I go to his studio and hang out with him and paint or watch films and talk to him about my ideas and I always come back rejuvenated. He’s a special soul.

What are you currently listening to?

FUTURE’s epic mixtape run from 2015. 808ink’s Noisy Neighbours. Solis’ Angel (I love this song, I wish I made it), Rhapsody In White by Barry White and The Love Unlimited Orchestra, The Confessions Album by Usher has been on serious repeat. Bobby Caldwell’s What You Wont Do For Love (Album), Jay Ax’s American Gangster and SZA’s CTRL.

Pasta! Haha! I love to eat. Food is my favorite self care routine.