In Conversation With Diana Ejaita on Creating a Dialogue Between Cultures

Listen to this story
The Nigerian-Italian illustrator and textile artist speaks on paying homage to her roots in her work, Wear Your Mask, and her recent cover story 'Iya ni wura' for the New Yorker.
Words:

Diana Ejaita works as an illustrator and textile designer in Berlin. Born in Cremona, of Nigerian and Italian roots, the multidisciplinary artist's style pays homage to her West African and European lineage, weaving symbolism through narrative pattern and texture.

In 2014, Ejaita created a fashion label "WearYourMask" to create a dialogue between tradition and modernism. More recently, Ejaita's work received wider acclaim, as she illustrated a New Yorker cover titled “Iya Ni Wura (Mother Is Gold)”, an ode to Nigerian and universal motherhood. We spoke to Ejaita on identity, her childhood, and why she acknowledges heritage in her art. 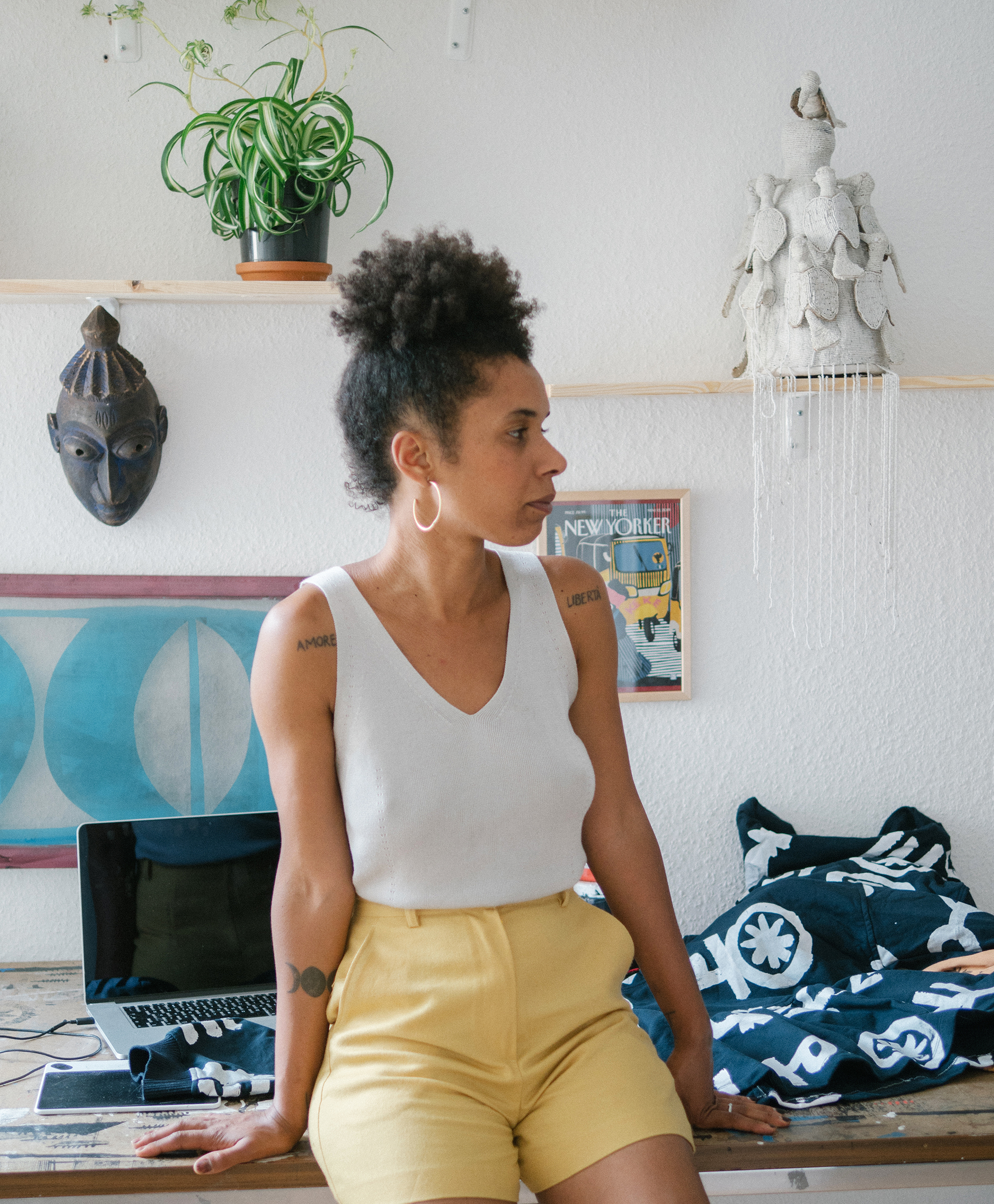 "Sometimes I feel like I was born in exile. As a kid, I felt the injustice of being so far from my fatherland. I've been trying to fill that void by creating and researching."

Let's start with place. Where are you from, where are you now, and what are some places you called home along the way?

I was born in the north of Italy, in a small town called Cremona, which is next to Milan. I am currently living in Berlin but trying to spend more of my time Lagos, Nigeria.

I went to university in France, in Bretagne. I enjoyed my time there: the nature is wild and windy. The proximity to the ocean makes characters very strong and wild, yet at the same time generous and welcoming. People from Bretagne are joyful, yet fighters.

Berlin has been home for 10 years. I appreciate its diversity and the general openness to experimenting that I've found there — in some ways, it is kind of a laboratory for creativity and new ideas. In Berlin, people can be together despite their diversities. Often, when I step out of Berlin and visit my town in Cremona, I realize that Berlin is truly a special place.

Lagos is my future home. That is where I want to pursue my projects. It’s a very intense city with an endless source of inspiration, diverse views, dialogues, it's so rich in so many ways.

Tell us a bit about your first memory of discovering yourself as a creator or artist?

My mother has always said that ever since I was able to hold a pencil, I started to draw. That I had a very strong sense of color. She would tell me of the hours I spent staying at home and drawing, that I loved my inner creative world. So basically, I've focused on my creativity since I was young. I took contemporary dance classes for years, then jumped into music with an Italo-Nigerian-Turkish-Lebanese-Greek band. Finally, I chose to focus on drawing and printmaking.‍

You often pull from lineage in your work, why is this important to you?

It is a form of self-empowerment and fulfillment of broken history due to migration and detachment from my father's land for so many years. Sometimes I feel like I was born in exile. As a kid, I felt the injustice of being so far from my fatherland. I've been trying to fill that void by creating and researching. My work is done to give voice — to create a dialogue between two different cultures.

You recently created a cover for The New Yorker titled "Iya ni wura (Mother is gold)". For many, this representation of Yoruba culture and motherhood felt like a warm and treasured memory. Could you share a bit more about the opportunity and inspiration behind this?

I was contacted by The New Yorker's Art Director and was asked to send some sketches in 48 hours for Mothers Day. They were looking for a representation of motherhood with elements that qualify the traditional way of seeing mother from the Nigerian perspective. I decided I wanted to create something modern, intense, yet deeply universal.

I had recently returned from a visit to Lagos and decided to portray a mother in the city of Lagos, in the middle of the crazy traffic. I wanted to show the mother who, despite the chaos, still takes time to kneel down to her child and takes time to take care of her at the same eye level. I hoped this sense of motherhood would be universal — that any mother would be able to see herself in it.  To me, the illustration is very powerful because it speaks about a sense of belonging to the family and to the land.

I was happy to be asked to do the cover and to have the chance to use this major opportunity to say thank you to Lagos, the city that is has been so generous and inspiring to me. I wanted Nigerians around the world to see something from our homeland that would warm their heart. 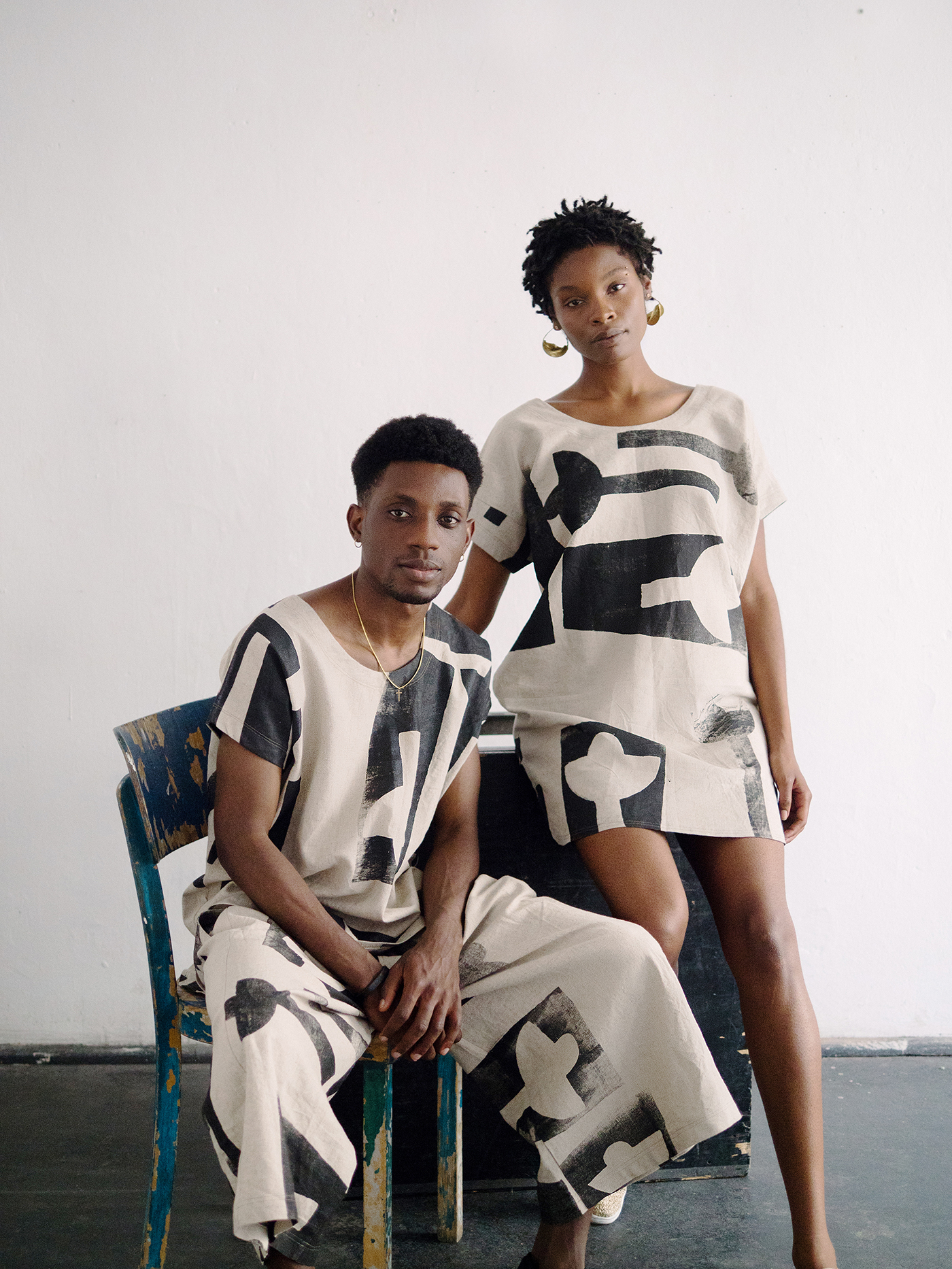 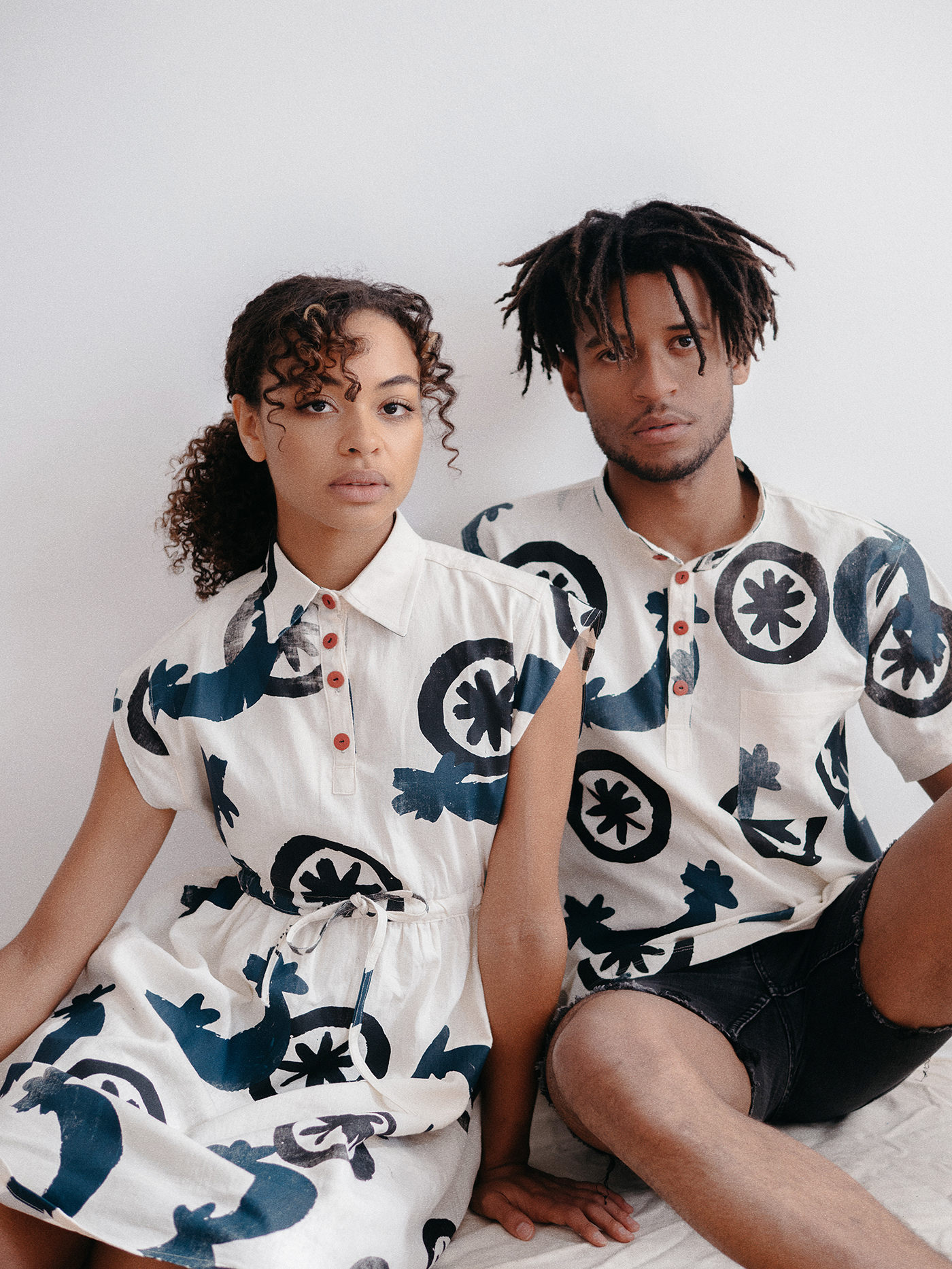 When people wear items from WearYourMask, what do you hope they feel?

I try to create a balance between my Italian/European and Nigerian cultures. I try to make these encounter each other through the garment and textile designing. It is a way of creating a space for dialogue. In West African culture, garments are often used as books of sorts — open to everyone and telling stories, both new and old.

I love symbolism, I studied Nigerian ideograms and then started to develop my own. I soon realized that all around the world, many ancient tribes have symbols in common, the ancestral simplicity of shamanic symbolism all around the world is connected. I try to create universal abstract messages where you may not know what they mean in words, but still have a feeling of belonging. With the cut and garment design, I try to stay simple and minimal, so that everyone can feel comfortable in WearYourMask.

What does a typical day look like for you?

I wake up at around 8 am and have a morning shake with seasonal fruits. Then, I go on a 40-minute walk with my dog, Buf. When I'm back home, I start on my to-do list, emails, and taking care of orders. Then I spend the rest of my morning working on illustration commissions.

For lunch, I'll typically have a veggie salad, rice, and soup and prepare a liter of herbal tea that I sip until evening. Towards the middle of the day, I get my hands dirty and start to experiment with textiles: printing on them and creating new forms. Then, back to my emails and drawing illustration again until after dinner.

So many ideas, such short days. I am literally in love with creating, it is both my drug and religion.

Where do you go to get inspired?

I try to travel enough and read. All the ideas are already in my head, they just need a good reason to get out into my work. These are strictly connected with life experience and feelings.

What are you reading?

What are you listening to?

Kaytranada is on loop lately — positive vibes and with all my favorite ingredients: house, funk, and more. Other than that, Miles and Coltrane keep me balanced as well as the elders from Brazilian music like Gilberto Gil or Caetano Veloso.

You can find more from Diana Ejaita on her website and on Instagram. Shop the designs on WearYourMask online.