Listen to this story
Building and uplifting communities has always been a resounding theme in her work. This shines true in her recent venture, a stock photography company reflecting our diverse world.
Words:
Ashley Okwuosa
Photography: Sam Fu

Karen Okonkwo is a doer. At least that’s how her co-founder, Joshua Kissi, describes her. Kissi and Okonkwo founded TONL, a stock image licensing company that focuses on highlighting diverse people and communities. As a budding social entrepreneur, TONL is just one the many ventures Okonkwo is juggling at the moment. The one thing that ties all her work together is community. “I’m always trying to uplift the community, that’s generally my focus,” said Karen.

In an interview with Afriquette, Karen discusses the importance of diversifying stock photography and the benefits of being a social entrepreneur. 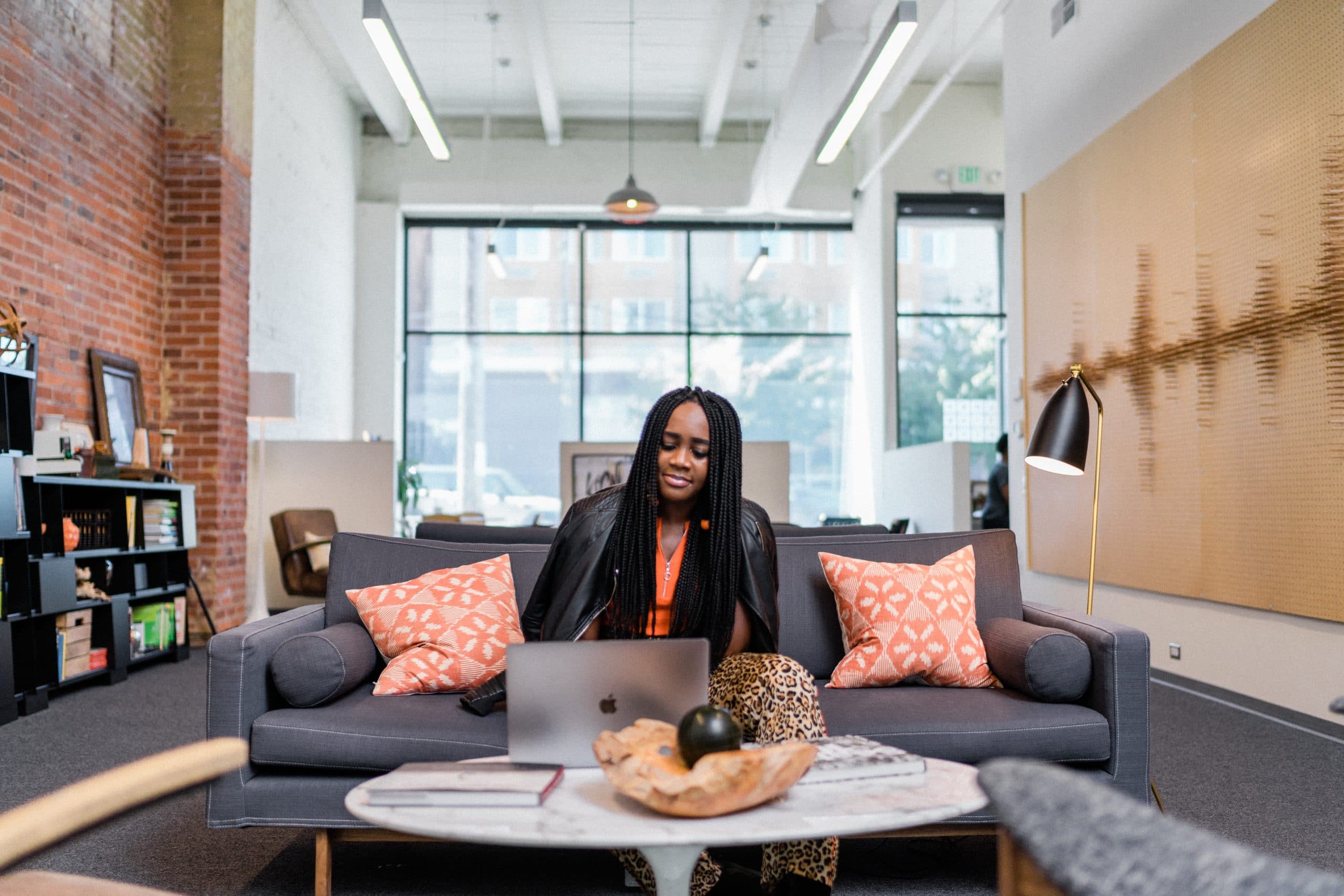 "There’s always that aspect of help and connection that I’m trying to pull out in anything that I do."

You mentioned previously that the idea behind TONL surfaced when you couldn’t find images for a blog you were working on with your sorority sisters, but what made you develop it from an idea to a business?

I just felt like I could not find the images I needed to really convey a picture of diversity as it pertained to different sorority people, and that really haunted me as I continued to progress with the blog. The blog kind of fizzled out, but [the lack of images] remained something that was a concern for me. So two years ago in February, I reached out to Josh and I told him about my frustrations and where I still see a lack of imagery. And knowing that he is a well-known photographer, I brought it to his attention to see if he would be interested in doing it. And I by no means wanted to do it by myself, this was an idea for him. In true Josh fashion, he said 'why on God’s green earth would I do this without you? You would need to do this with me.'

Is the version of TONL we see now the same one you [and Josh] always imagined?

It always started with stock photography. I already knew that’s what it was. So that never changed. In terms of the content, I would say it started off, obviously, with wanting to change the narrative of black people, but we quickly integrated the idea that different racial backgrounds are underrepresented and that became part of the business model.

When you think about stock photography, it’s such a mundane thing but it really does inform a large part of our lives. Why is changing the idea around stock photography such an important thing?

Essentially we wanted to change the way stock photography is currently presented and really integrate what has been missing. One of the things we recognized was that stock photography is very, very dated, so we wanted to be more modern and appeal to the modern audience. When we started doing research we asked ourselves, ‘What is appealing visually?’ We know that Instagrammers are not posting stock photos, but we wanted to cater to those people, so why wouldn’t we cater to the way they receive information? So that was important to us, to come up with a look that was really modern.

I’m curious about where you see TONL going?

We see TONL being the premier stock photography business for diversity. We see us working with very large accounts and very personal users, which is what we’re seeing now with our current customers. But yes, we see ourselves becoming the go-to for diverse stock photography.

Is TONL what you focus on full-time?

No. As far as what I’m focused on, it would be TONL, but I also have Her Big Day, which is a cultural wedding show and website for brides looking to infuse their culture into their wedding. I also do have a traditional job.

What is Her Big Day, how did that idea come into play?

My business partner, Beri, is Eritrean. She started out creating a wedding site called Bella Bride Africa for Eritrean and Ethiopian women looking to infuse their culture into their weddings. She is married and prior to getting married it was really easy for her to find everything related to her "white wedding", but to find things associated with her culture, she was finding difficulty going to one place to get everything. There are wedding shows that are your one-stop shop for finding a venue, your dress, a makeup artist, a caterer, but it’s not the same way for cultural brides. So we decided to come together and create a wedding show that catered to cultural brides.

What are the elements that drive the work that you do as an entrepreneur?

I’m always trying to uplift my community and uplift women, that’s generally my focus. I have my brunch called Building Bridges Brunch, I do that annually and I just try to help uplift and empower young women in the community. I would like to call myself more of a social entrepreneur. There’s always that aspect of help and connection that I’m trying to pull out in anything that I do.