The Pen, The Mighty Tool For Activism: In Conversation with Writer Tunrie Bisi-Afolabi

Listen to this story
In conversation with lawyer, writer, and creative, Motunrola’ Tunrie’ Bisi-Afolabi, on using her pen to speak truth to power.
Words:

October 2021, we’re now one year from the weeks that left Nigeria — and the world watching — at a loss for words. By early October of last year, we were still days away from witnessing our government commit unforgivable atrocities. Still, by this time, we knew they were capable and would be culpable of the worst. As the days went by, Nigerians, particularly young Nigerians, saw unconscionable pain, sorrow, loss. But we also felt a burgeoning sense of collective strength and power, the kind of power you can only take hold of by finding and using the loudest voice within you.

Today, we speak with Tunrie Bisi-Afolabi, the 26-year-old lawyer, writer, and multi-hyphenate creative, who did just that as she found her method of activism: putting pen to paper and connecting our current truths to our historical truths. A storyteller at heart, the Oxford grad started writing stories and poems at seven. However, her evocative essay on the End SARS protests in October 2020 - “Fela’s Republic and the End SARS protests,” published in the Republic Journal, helped many around the world and at home make sense of what was happening. The essay soon became one of the highly-shared articles on the End SARS protests, going viral on social media and shared by activists such as rapper ‘Noname’ and activist Fakhuus Hashim, with several quotes from the article resonating with many.

With her bold use of language, engulfed in phrases such as these: “young Nigerians have left no room for their message to be misconstrued by a government committed to misunderstanding them,” found throughout her article, where she deconstructs concepts like the social contracts, police brutality, democracy, freedom, and justice.

We spoke with Tunrie about everything from her art to her writing to her activism. 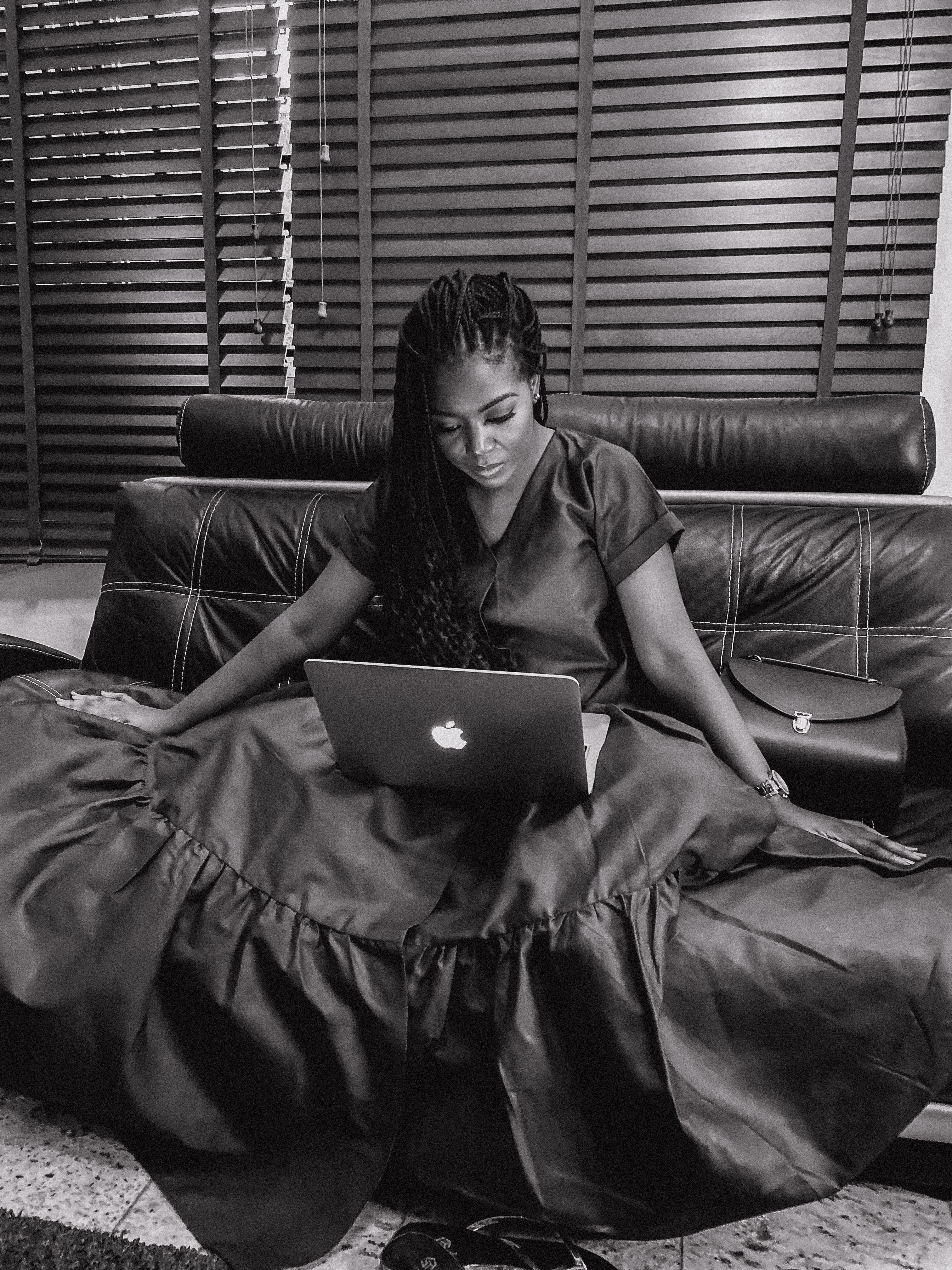 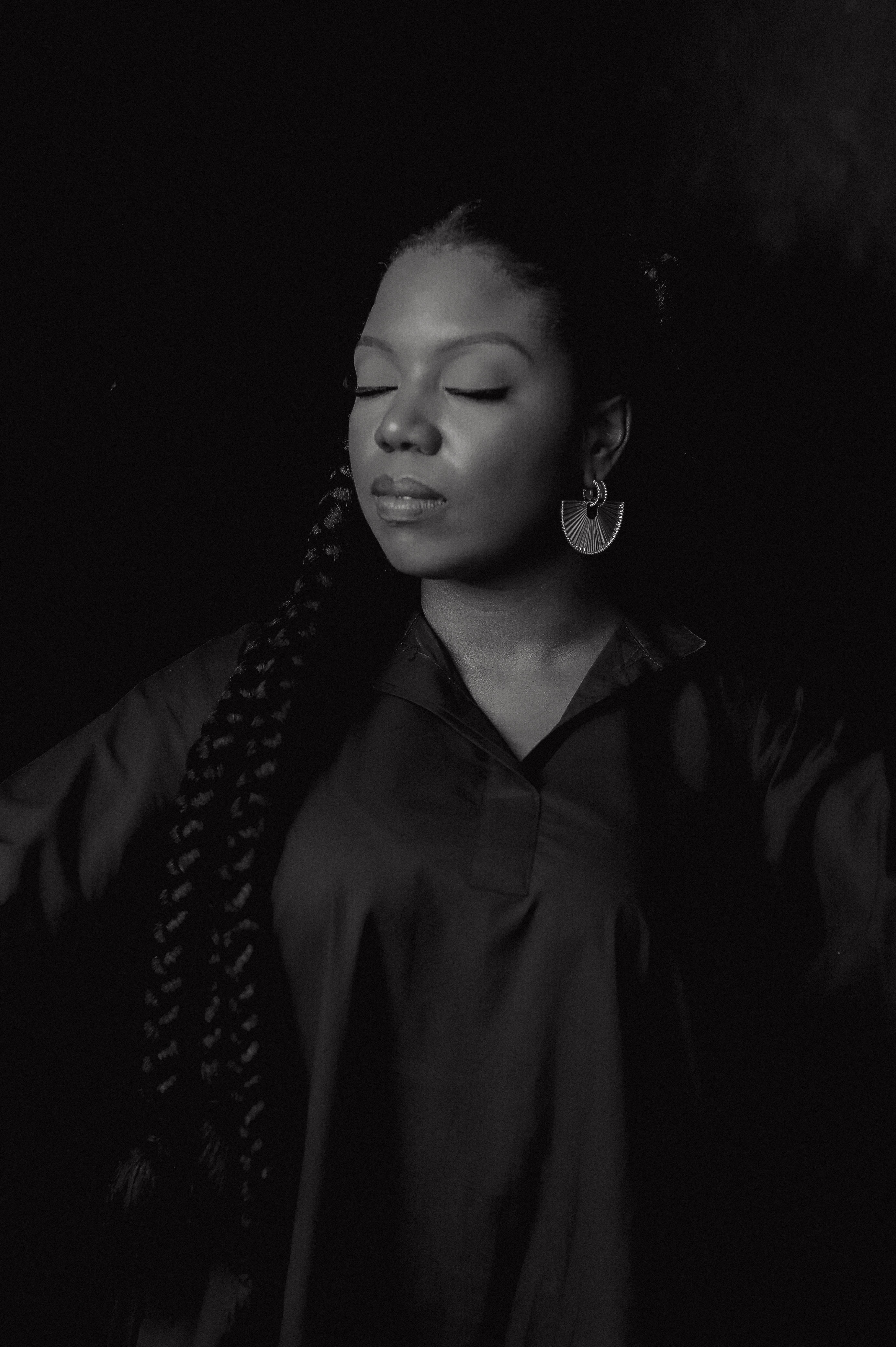 "I think our generation will be remembered as the generation that looked at the dysfunction, but rather than being dismayed, we challenged ourselves to capture through our art and expression, the essence of a time like this; the energy, the resilience, and the promise."

Let’s go back to a year ago when you were writing the article “Fela’s Republic and the End SARS protests,” what was going through your mind at the time?

I think fate played a huge role in the article considering the article was published a day before what would have been Fela Kuti’s birthday. At the time, I had been dealing with a case of writer’s block for close to two years. I had tried everything, from reading how great writers overcame their bouts of writer’s block, gleaning from words by Wole Soyinka and Chimamanda Adichie, but nothing changed. However, I remember during the protests, there was a change in the atmosphere. Something was different; there was a new sound, the sound of revolution, and my soul could hear it. In the two days I wrote the article, I felt the most intense bouts of creativity, not dropping my pen till much after midnight when I sent the piece to the editor.

There’s this quote I found years ago that I held throughout the creative process, which is, “there were the freedom writers, they held that ink in their hands hoping it held places that they could escape into,” and that’s what it was for me.  There was so much chaos at the time, and my pen, my words, they provided solace for me when I needed it the most. I could never have expected the response after the essay was published,

What role do you think art plays today in shaping resistance movements?

I think art plays a critical role in shaping resistance movements. I believe art can be used as a medium to promote values like freedom, democracy, human rights, and equality. Thirty-five years ago, art was the same medium used by journalist Dele Giwa, editor and founder of ‘Newswatch’ magazine, who used his journalism to speak truth to power. He was a ‘paragon of excellent prose’ and a ‘gem of journalism.’ I believe now more than ever that the same resilient spirit that Dele Giwa had still exists today in every young Nigerian pursuing justice. The End SARS protests have given me so much hope as it has shown me what could happen when young Nigerians rally together around a singular cause.

I think our generation will be remembered as the generation that looked at the dysfunction, but rather than being dismayed, we challenged ourselves to capture through our art and expression, the essence of a time like this; the energy, the resilience, and the promise.

You mentioned social media awareness as a tool for resistance. What are your thoughts on the Twitter Ban in Nigeria?

It is interesting and telling to see the proximity between the End SARS protests and the Twitter ban. When the Twitter ban happened, I realized that there was a war going on; there was a war against the unfiltered expression of young Nigerians. Whether this was through placing a ban on social media channels or youth protests, it was clear that our freedom of expression was what was at stake here. The government was attacking our various forms of expression as young people. Having all these factors in mind, now I believe that my writing has a greater purpose. Every time I pick up my pen now, this is my form of activism.

Do you have any words of encouragement for those who might find themselves navigating writer’s block or trying to find and nurture their voice?

There’s a quote from Toni Morrison that I always come back to. It goes like this: “This is precisely the time when artists go to work. There is no time for despair, no place for self-pity, no need for silence, no room for fear. We speak, we write, we do language.” It has always helped me remember that writing, art — it is so much bigger than me. I see writers as guardians of truth with a singular mandate of stewarding that truth. For me, remembering that this mandate is so much bigger than me or whatever I might be feeling in that particular moment has always helped me overcome writer’s block.

I understand writing is just one part of your story, alongside your legal career. You graduated from the University of Oxford’s Masters in Law program, interned with the United Nations Headquarters in New York where you worked closely with the UN’s legal team and followed that with a stint at a top law firm. Could you tell us more about how you navigate the worlds of law and writing while still creating the space and time for all your creative interests?

It might seem like two completely different worlds, with my legal career on the one hand and my writing and creative passions on the other. But I think a common thread draws all my interests together, and I can sum it up in one word, ‘impact.’ I have always been impact-driven. I became a lawyer because I wanted to be a voice for the voiceless. With my writing as well, it is about speaking up for people who cannot speak for themselves. Even with the companies I have worked for, the potential for impact has always been a magnet that has drawn me, whether through finding solutions for the world’s biggest problems or using technology to empower communities. I can’t say it’s an easy task balancing all my interests, but knowing that impact is the thread that ties it all together makes it all worth it.

You are also passionate about empowering women, and this is evident through your blog twentytwocrowns.com, which empowers young women through their education. Tell us more about that.‍

I started my blog ‘Twenty Two Crowns’ in 2017 to encourage and empower young people through their education and university journeys. It began with me sitting at my laptop after my law degree and thinking of how to give back. Beyond anything I could have imagined at the time, the blog has grown to become a platform for female empowerment and finding your inner strength. I am constantly blown away whenever I get messages and stories on how the blog has impacted young women. I am so grateful to have been able to impact people’s lives positively in this way.

And lastly, the question we always ask: what are you listening to at the moment?

I’ve been listening to Griff a lot lately- she is my favorite artist at the moment. Her sound is unique, and her music radiates so much positive energy. I love her style too!